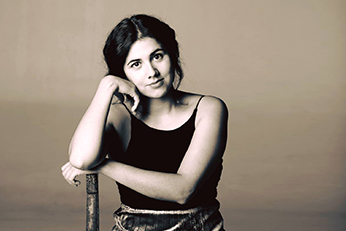 Beatriz Nunes’ artistry is wide-ranging, equally at home in popular music, classical singing and jazz, for which she is best known. Joining forces with the musicians of the Regional Conservatory of Setúbal and the voices of the Setúbal Children’s Choir, Beatriz and her Band welcome us all to their Home – the city to which they all belong. 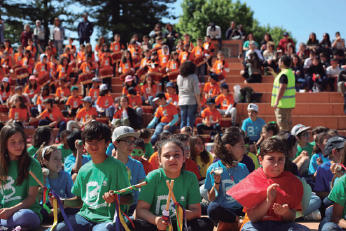 The River is our Home

Hundreds of young people from Setúbal’s schools and community groups have again been preparing for the annual festival Parade of drumming and cultural expression. Follow the musical journey from the banks of the Sado, along streets built on land where the river once had been and into Bocage Square, originally part of the shoreline but now the city centre. 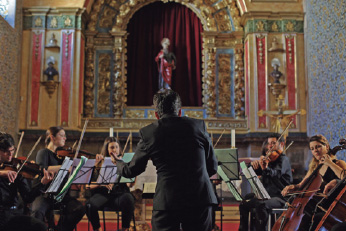 The music of Sibelius and Tchaikowsky, powerfully evoking their respective northern European homelands, provides a perfect frame for Osborne’s work, which captures the elemental music of the ancient Carnyx and the sounds of nature that must have surrounded the instrument’s place of burial 2,000 years ago in northern Scotland. 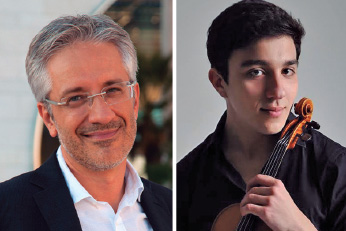 William Byrd’s famous Mass for Four Voices provides the shape of this concert, given by some of Portugal’s finest young vocal talent, framing local choral tropes of sacred texts and punctuated by premières of André Pereira’s four transcriptions for solo violin of Portuguese guitar pieces by Carlos Paredes. 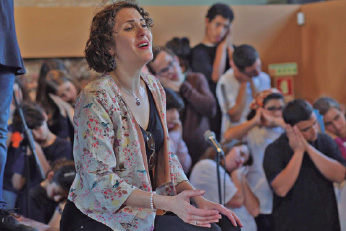 Led by Merit Ariane, groups of young people from Setúbal share songs and stories they have created, inspired by the original purpose of this museum building as a sardine cannery and by the memories of local women who, on hearing the siren call to announce that the latest catch has landed, rushed from their homes to get to work at the factory.

Music created by young composers from Setúbal Regional Conservatoire and performed by homecoming musicians from the Festival Camerata in response to the Casa d’Avenida exhibition, exploring the relationships between music and architecture.

Johann Wolfgang von Goethe (1749-1832), the great German writer, statesman and natural philosopher, once said that “Music is liquid architecture; Architecture is frozen music”: his idea suggests that all processes of creation and invention are connected by a human’s need to express something.

The idea of Home – local roots and a sense of place – pervades much of Gustav Mahler’s music. The houses he chose to inhabit and the huts he built in which to compose provided vital context and inspiration for his works. 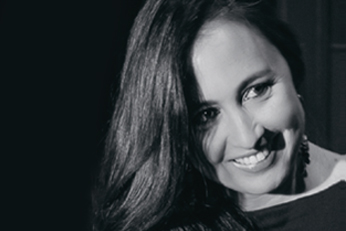 The starting point of Mahler’s Symphony no. 4 was a song he had originally composed from a German collection of folk poetry, Des Knaben Wunderhorn, which was a source of inspiration for all his early symphonies. His setting of Das himmlische Leben (The Heavenly Life) became the final movement of his 4th and, only after he had made his home in Maiernigg (Austria) and begun to write in his nearby ‘composing hut’, he was finally able to complete this symphony. The famous Adagietto from Mahler’s Symphony no. 5, a musical love letter to Alma, his new bride, was also composed at his hut in Maiernigg. 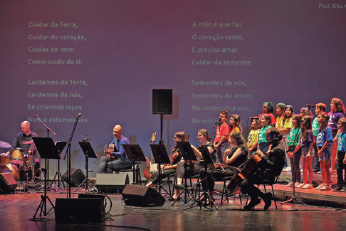 A concert of beautiful songs – inspired by the ideas and feelings of Home – created and performed by 250 children of Setúbal.

Enlightening and inspiring presentations of best practice, at home and abroad, given by leading experts in music, health and wellbeing and reflecting different aspects of the Festival’s theme: Home – working with the elderly in care, people suffering with dementia, individuals who are homeless or displaced, refugees and asylum-seekers, and prisoners. 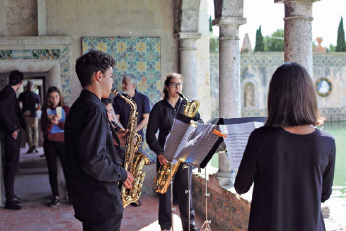 Music for a palace

Visit to Palace and Gardens 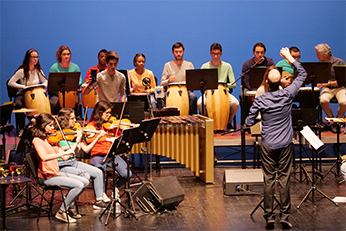 Encouraged by the Festival theme of Home Again, we revisit works created by two of the dozen Portuguese and British composers who have written specially and successfully for the Youth Ensemble since its formation in 2014. Their works, with Reich’s famous Clapping Music, reflect the diversity and ambition of this group of musicians. 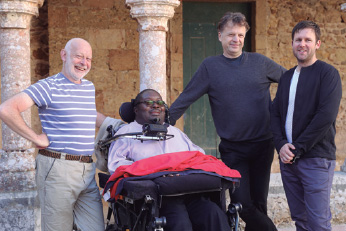